Last night I made a quick stop into our local Wholefoods* and picked up a bunch of organic kale to have with our dinner (sauteed Turkey Bacon + Kale + White beans over pasta – a Donovan house favorite). I guess I didn’t look too closely at the kale I picked out, because as I was washing it off I noticed it was very dirty in the middle leaves. Upon closer inspect, I noticed some green spots among the dirt that started moving… BUGS! There were a handful crawling on the paper towel I was using to dry off the wet kale leaves, and one crawling on MY HAND. 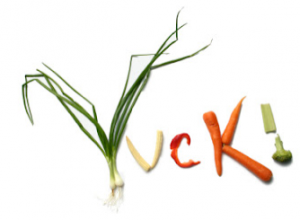 Per usual, my initial reaction was to panic, and then to google WebMD to see if anyone had ever died from ingesting kale with bugs. The good news is that these bugs probably won’t kill you or do any serious damage,  unless you count that fact that they will probably haunt my nightmares for the next few weeks. I didn’t want to throw it all away, because I had probably just spent $20 on this kale (*Wholefoods pricing) and I had already prepared the rest of the dinner.

I rinsed and washed the kale off another 23 times or so, and scrutinized every single crease and crevice. I then closed my eyes and added the kale to the saute pan and dinner was served. I’m 99% sure I got most of the bugs off, but not all of them. Honestly, I had to eat around the kale, and kept picturing those people on Survivor who eat bugs (but they get lots of money for that!) It makes me wonder, is this something that happens all the time with kale, and I just happened to notice last night? How do vegetarians work around this? According to my google machine, bugs are quite common and easy to remove.

I’m normally a kale lover, but after bugging out last night I’m going to need a little break. Hopefully I’ll be able to replace the missing kale in my diet with say, pre-washed spinach, instead of Reese’s Peanut Butter Cup Eggs.  I will miss this quick n’ easy weeknight recipe:

-Cut Turkey Bacon into bite sizes, add to  onion and saute until done

– Add 2 cans of white beans (I use Cannellini, Great Northern, or a combo of both)

-Remove kale from stems and add into pan  (for goodness sake, wash the crap outta those kale leaves)

-Add a touch more OO on top of the kale and red pepper flakes. Don’t be stingy with these flakes! They add the secret flavor and can also be used to cover any bugs that slip through. Seriously, if you’re dinner guest asks if it’s a bug in their dish, just say “nope, definitely a red pepper flake” and move on. It worked for Ross and me last night.

Have you ever experienced bugs in your kale/ organic produce?? How do you deal?